This post was originally published on What Would Kate Do?

Most of us are hoping for spring (and maybe even getting a glimpse of it), but winter is not quite over yet. Never fear! In case you’ve run through your queue of shows to binge on, we’ve got a royal-themed list of movies for every taste and for every rainy day, plus where to find them. Instead of letting the spring showers get you down, plan a night to buff up on royal trivia with Netflix and Will (and Kate).

For a Well-Rounded Introduction (Or a Weekend Binge): The Royals

This documentary series is made up of six chapters (clocking in at about 45 minutes each) covering the topics of royal weddings, funerals, teens, scandals, babies, and even royal pets. Each episode is made up of lots of video clips, photos, and commentaries from royal historians, authors, journalists, biographers, and people close to the royal family. You’ll hear about everything from William and Kate’s wedding to William and Harry’s lives as royal teenagers. While the topics covered range from tragic to scandalous, the series is an interesting and fun peek at the royals.

Find it on Netflix here. 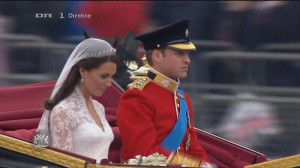 A Perfect Princess Moment | Image via aka Jens Rost on Twitter

Not quite a series or show, this is a collection of 25 clips from ABC News broadcasts around the time of the royal wedding back in 2011. Clips include live broadcasts from the day of the wedding and fun segments on topics like Kate’s dress, British lingo, princess tips, and William and Kate’s doppelgangers. It’s a fun trip down memory lane to relive all of the excitement—and we dare you not to get goose bumps when you see Kate in THE dress!

Find it on Hulu Plus here. 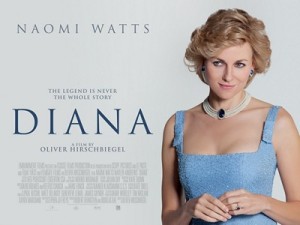 For Fans of Another Fashionable Princess: Diana

Before there was Kate, there was Diana. Also renown for her style and poise, this movie from 2013 examines the last two years of her life and gives us a glimpse into what it really might have been like behind closed doors. The movie does not have the greatest critical reviews, but we think Kate fans will at least appreciate imagining what the real lives of these celebrity-status royals might have been like.

Find it on Netflix here. 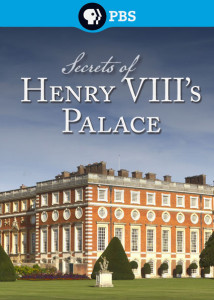 For the History Buff: PBS documentaries on Netflix

So you think you know everything about William and Kate? How about British royal history dating back centuries? That’s what we thought. If you’re intrigued enough by the current royal family to dig deeper into the past, these documentaries are quite interesting. They explore these historical sites and topics with experts and behind-the-scenes tours and tidbits. Start on one and you just might end up watching them all in one day (or is that just us?).

A few good ones are Secrets of Henry the VIII’s Palace: Hampton Court (here), Secrets of Her Majesty’s Secret Service (here), and Secrets of the Tower of London (here).

The post Netflix and Will (and Kate) appeared first on What Would Kate Do?.