There is a moment in every girl’s life when she becomes “Becky Bloomwood.” You’re standing in a shop in your Southern California hometown holding 100% cashmere black gloves trimmed in rabbits fur. You would be so stylish. You would have the best winter ensembles. Everyone would comment on how chic your gloves are. And, really, what’s $250 in the grand scheme of things?

Yes. We are all Becky Bloomwood.

Who is Becky Bloomwood, you ask? Actually, you probably aren’t asking – because you already know. You know Becky. She’s one of your best friends. Becky Brandon, née Bloomwood, is the heroine of Sophie Kinsella’s iconic Shopaholic Series books. We met Becky in Confessions of a Shopaholic, and it was love at first Visa bill.

I will proudly say that Sophie Kinsella’s Shopaholic series are my favorite books. I know I should be fibbing and saying its Frances Hodgson Burnett, or Jane Austen, but no. Its Becky. She makes me laugh, cry, and want to buy a pram (who cares if I don’t have a baby? They’re totally great for shopping).

Sophie Kinsella shared her thoughts on the series:

Who among us has not opened her Visa bill and felt shock, anger, and denial? Perhaps one day, I will tell you all about my post-London-Kings-Road-shopping-binge, and the enormous Visa bill that occurred (pound-to-dollar conversion is SCARY, people). But until then… back to Becky. 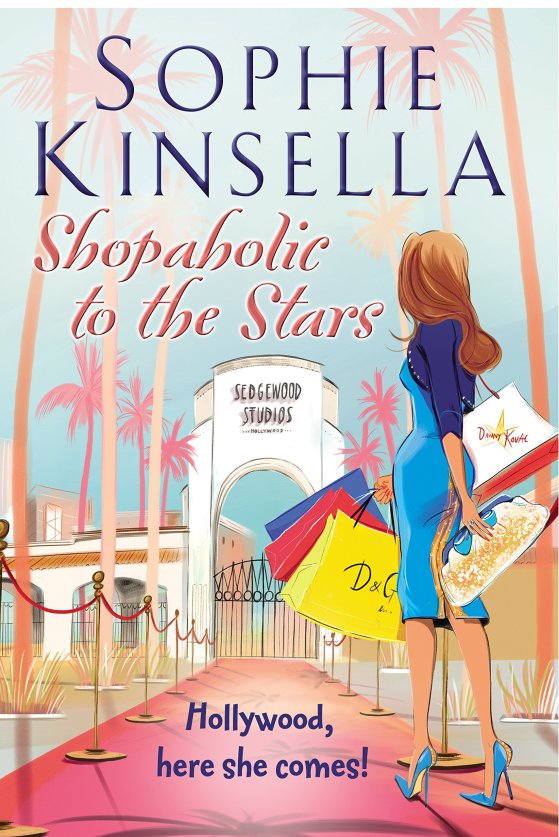 Why am I rambling on about the greatest book series in the world? Well, because Sophie Kinsella has released a new book. Yes, rejoice. Finally!!! Four years after the last installment, Mini Shopaholic, Becky, Luke, and Minnie are back – in Hollywood! Read on about the latest Shopaholic shenanigans:

Becky Brandon (nee Bloomwood) is in Hollywood! It’s as if all her life has been leading to this moment. She’s hanging out with the stars … or at least she will be, when she finally gets to meet movie superstar Sage Seymour, whom husband Luke is now managing.

There’s so much to see and do! And getting Minnie through the hurdles for her A-list Hollywood pre-school will require some…er…help.

Becky sets her heart on a new career – she’s going to be a celebrity stylist. Red carpet, here she comes! But Becky soon finds it’s tough in Tinseltown. Luckily her best friend Suze comes over to keep her company, and together they embark on the Hollywood insider trail. But somehow…things aren’t quite working out as they’d hoped.

Then Becky’s big chance comes, and it’s an opportunity that money can’t buy. But will it cost her too much?

The book was released in the UK on September 25, and debuts in America on October 21. Pre-order it now and have to book arrive on your doorstep (along with all the other things you order of Amazon today) on the day it is released!